Dridex is a famous banking Trojan which appeared around 2011 and is still very active today. This is because of its evolution and its complex architecture, which is based on proxy layers to hide the main command and control servers (C&C). The APT known as TA505 is associated to Dridex. 1

Open it in DiE to see Entropy. It’s too high and if we open the sample in IDA. IDA will pop up a warning which means that the sample is packed. After it’s opened in IDA we see that it’s less number of functions and no imports. 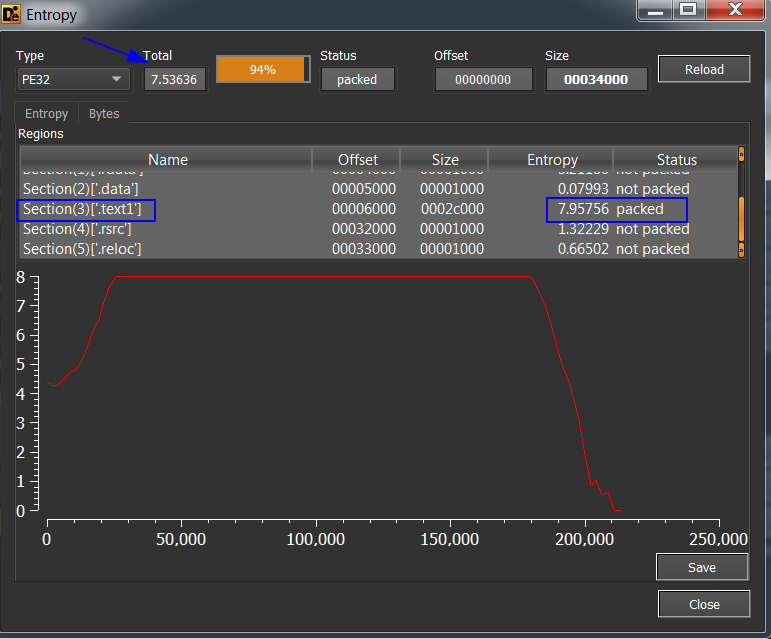 We keep doing the same steps till we hit VirtualProtect BP. then Execute till retrun then we look at the second parameter which will change the permission at this memory location which is 10000000.

If you follow in Memory Map you will see RWC which means that it still writing which still unpacking.

Then run again which will hit VirtualProtect again. Then Execute till return and it points at the same location 10000000, but this time shows us it’s only R in memory map. Now we don’t know that if it’s done or not. So run again and Execute till return we see it points at another location but in the same region of memory of 10000000 which is 10001000.

This the 3rd time to hit VirtualProtect BP we keep doing the same steps which will point at another locations but in the same region of memory of 10000000. and in the 6th one we stop. We press F9 to run. It shows us EXCEPTION_BREAKPOINT it’s done unpacking. Don’t close the debugger.

Then open Process Hacker tool to to save the unpacked file. 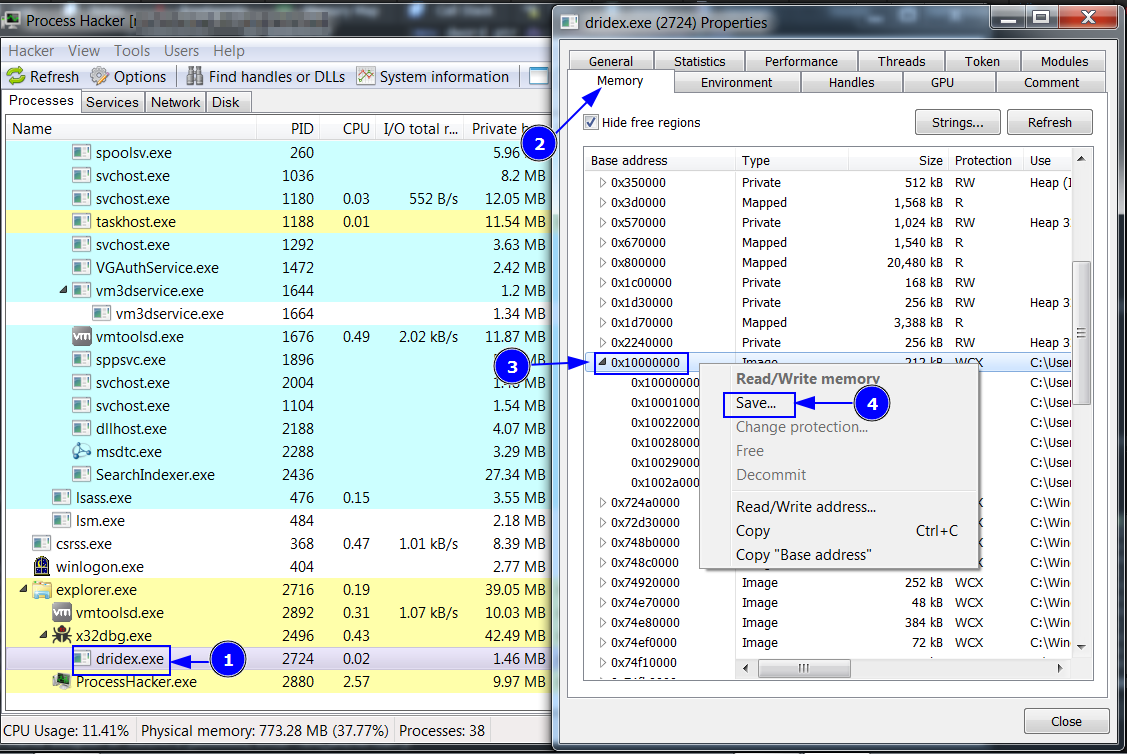 Then we repair the unapcked file to restore the imports table. As we did Here and save it. Then open it in pestudio if you unmapped it right, will show the imports table and you could analyze it easy.